Not everyone has a dehydrator or even the slightest inclination to buy one. It can be a large investment, financially and physically--they’re not the smallest things in the world. But at the end of the day, you still have to eat!

So how’s a backpacker’s meal plan going to get filled? Well, there’s the obvious pre-made route of Mountain House, Backpacker’s Pantry, AlpineAire, and so on. These prepackaged backpacking meals are awesome. Period. This might be a website about dehydrating and making your own wholesome backpacking food, but I’d be a bold faced liar to offer anything besides praise for these convenient freeze-dried mylar pouches of yum.

They’re awesome if you’re an infrequent backpacker, or even on a lazy weeknight when all the dishes are dirty. I digress. They offer something that really can’t be beat or replicated, convenience. Open the pouch, remove the desiccant, add hot water, stir, and wait. When you’re done eating the only thing to clean is a utensil, and that can be licked clean. No fuss, no muss.

Eventually if you’re spending a lot of nights camping, some predictable things happen: 1) You’ve tried every flavor multiple times. 2) Your food budget starts to grow out of control. 3) You start to wonder if throwing away mylar pouches is good for the environment. 4) You realize variety is the spice of life.

Make no mistake, I still take these out with me on short trips when I’m feeling lazy or don’t have time to prepare something at home. Hell, sometimes I’ll bring them along just because I haven’t had one in while. Mountain House Chicken Teriyaki is too damn good.

But at some point in every backpacker and camper’s evolutionary lifecycle you come to the realization that you can’t quite justify the cost of a dehydrator, but you’re camping so frequently or going out for long stretches that freeze dried meals are costing too much. Don’t worry, there’s a solution!

The grocery store. Imagine that, the grocery store has food that you can eat while camping. There are many things at your local grocer that’s great for building your backpacking menu; it may not be advertised as such, but it’s there. It’s actually surprising how quickly people turn to official “made for backpacking” meals when so much sustenance is available for a fraction of the cost and significantly more variety.

Unfortunately, not all my recommendations will be universally applicable because different grocery stores carry different items in different regions of the country, and some of you might not even be in this country (US). Despite that, the general rules and ideas are the same and you should be able to adapt them to work with what’s available in your local stores to best fit your backpacking itinerary.

I should preface by saying that a lot of food items found in the grocery store that work well for backpacking may not be as nutritious, wholesome, or anywhere near organic. Most of the time they’ll be pretty highly processed, it’s why they last so long on the shelves to begin with. We’re simply leveraging that shelf-stability for backpacking and camping. If it’s any consolation, these things are usually incredibly cheap and affordable.

You’ll have to tailor your grocery choices to your trip length and weather forecast. For example, if you’ll be out for a week in 90℉+ degree weather then a block of cheese would be a bad idea. On the other end of the spectrum, if you’re doing some winter camping you might want to bring extra butter or other fats to help boost calories and keep you warm. For all other moderate temperatures, the world is your oyster.

Take a look at some of these examples, in no particular order, and head to your grocery store with an open mind and some creativity and you’re bound to score enough food for at least a week long trip or at least sooth the burn of your wallet.

This list is by no means exhaustive, so don’t limit yourself. And if you find something interesting at your major grocery store, please share it with us on Facebook! 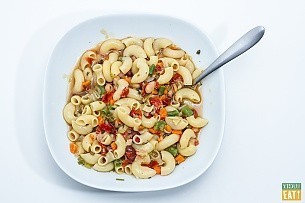 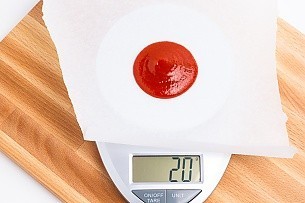