Note: Sauce measurements are for 1.5 to 2 servings, do not add all the sauce into one meal; store excess in freezer.

Pad thai has a long interesting history with its popularity in food culture spurred by post World War II recovery efforts in Thailand.

Regardless of humble beginnings it is now a popular staple even outside of Thailand, not only because it's affordable but also because it's incredibly dang tasty! Naturally it finds a perfect place on a site about cheap and tasty backpacking foods like this one.

While there exists pre-made pad thai backpacking meals, the majority of them don't taste much like pad thai. They typically taste like rice noodles slathered in peanut butter. What I find missing is that rich unctuous savory flavor that manages to simultaneously taste fresh and light. If you've never had pad thai, just chalk up the last sentence to food snobbery or go find some to try for yourself and you'll understand.

Unfortunately the fresh and light taste doesn't exactly lend well with backpacking food. After all, we're trying to preserve our food. Be that as it may, I've come up with a recipe that gets incredibly close in taste, albeit sacrificing some texture.

While you can absolutely stir fry meals in the backcountry, it's just not worth the hassle in my lazy humble opinion.

My favorite recipe for making pad thai comes from America's Test Kitchen: The New Best Recipe cookbook (it's really worth having a copy in the kitchen), and I think it tastes identical to what I normally get in a good Thai restaurant. So it serves as the basis for this dehydrated version.

First, the noodles. You’ll want something branded as “rice sticks” or contains the words “banh pho.” They come in a variety of widths, but choose the narrowest one so they’ll cook faster. If you can’t find anything with those words, look for white translucent flat noodles that contain rice as an ingredient, no wheat. They also shouldn’t be round, or refrigerated. Shelf stable flat rice noodles are what you’re after. 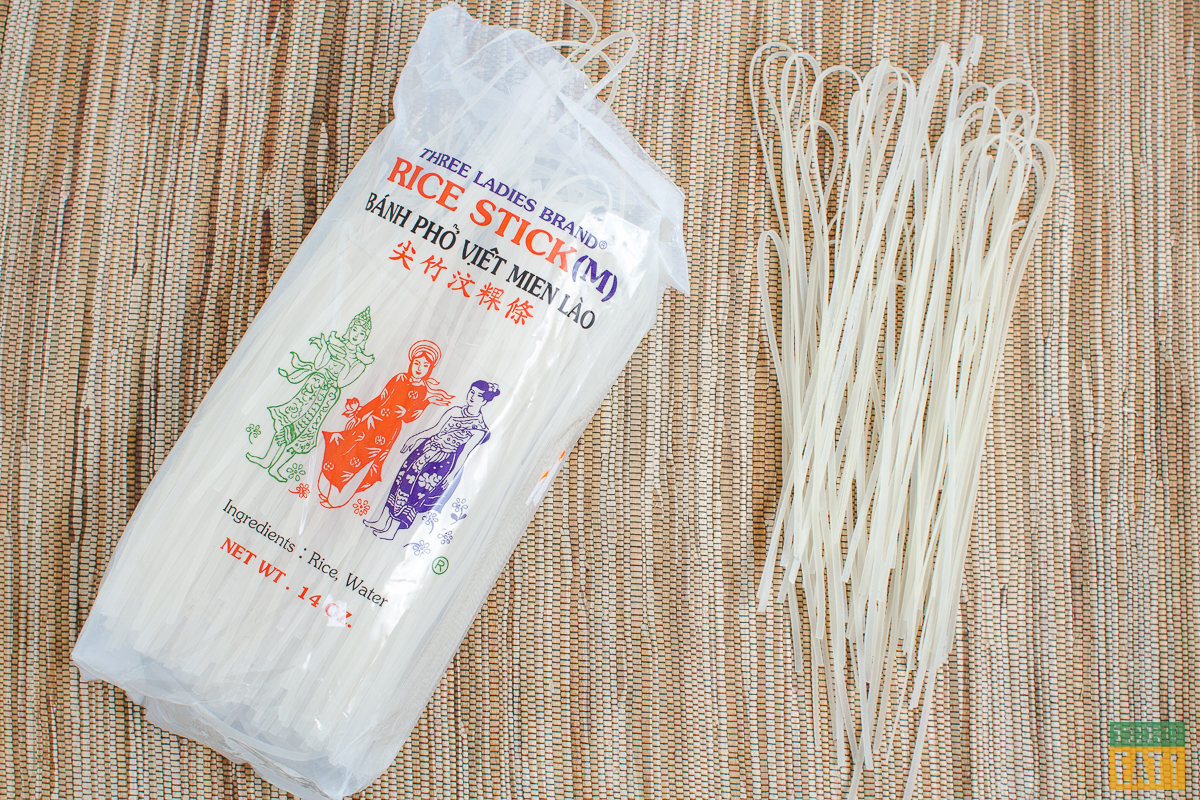 Then we have the sauce, which is pretty much the heart of the dish. Fish sauce, tamarind paste, and rice vinegar are the key players in this recipe (I absentmindedly forgot to include the rice vinegar in the photo, I added it later).

Everyone will tell you there's one brand that's better than another, and you should look for clarity, etc. I’ve tried numerous brands, they all taste very similar to me, just buy whatever you like or whatever is available; it's all super fishy and salty anyway—they all get the job done. 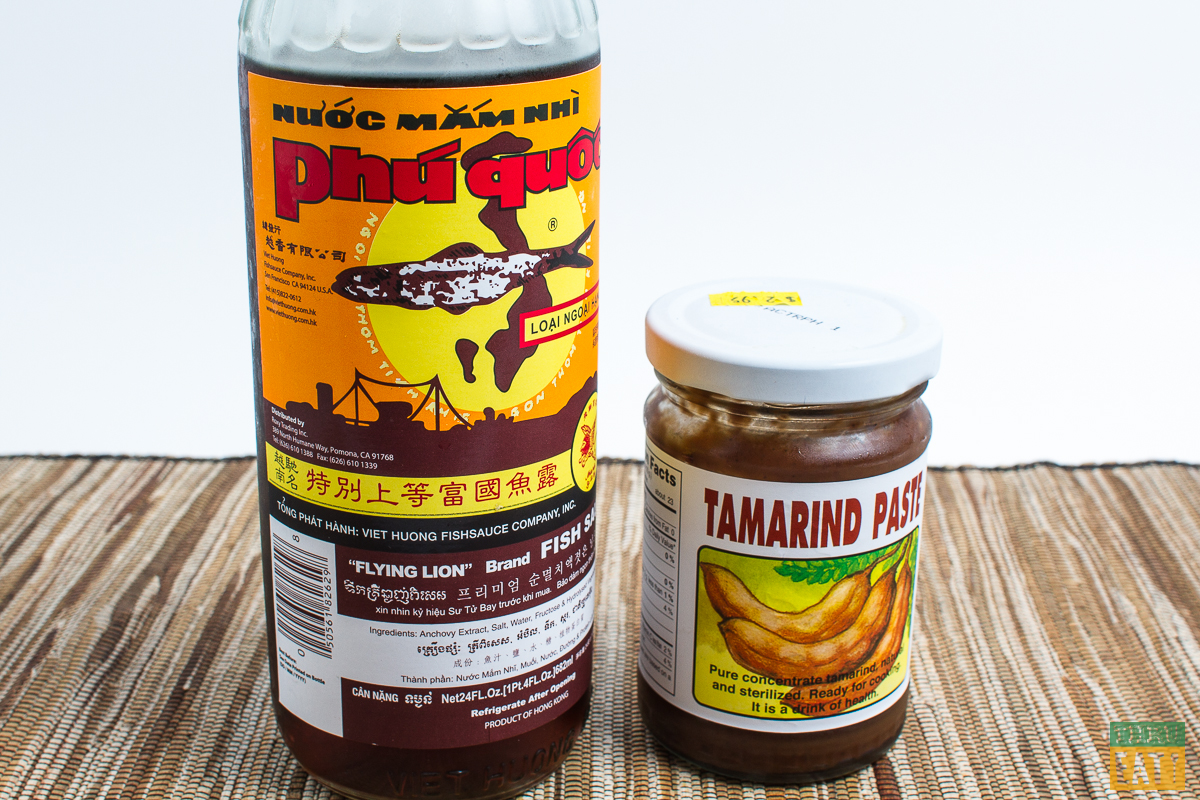 Mix all the sauce components together and grab some panko breadcrumbs. Why panko? Because dehydrating a liquid sauce would be too messy. The panko gives it some body and viscosity so it doesn't run off your dehydrator tray. You could also use regular plain breadcrumbs, but I found they don't work as well because they're already ground up so fine. 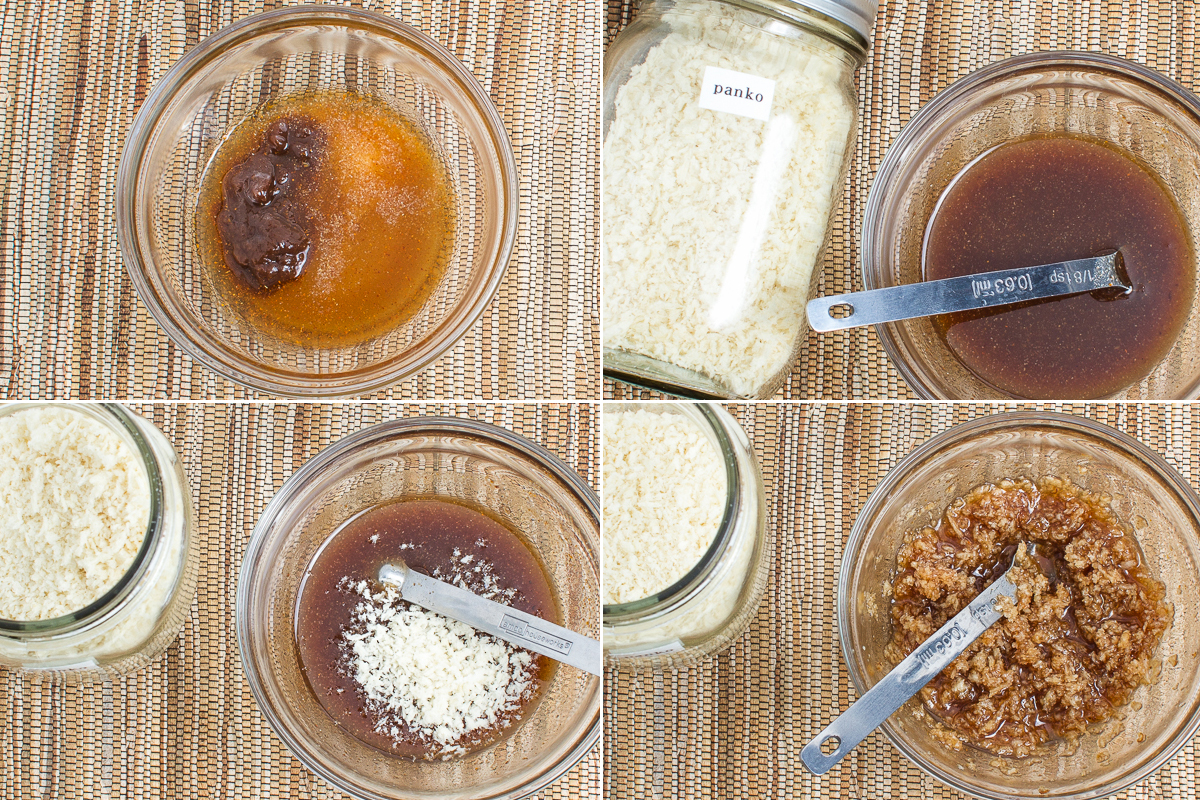 The larger pieces of panko have more surface area to hold in all the fishy goodness. 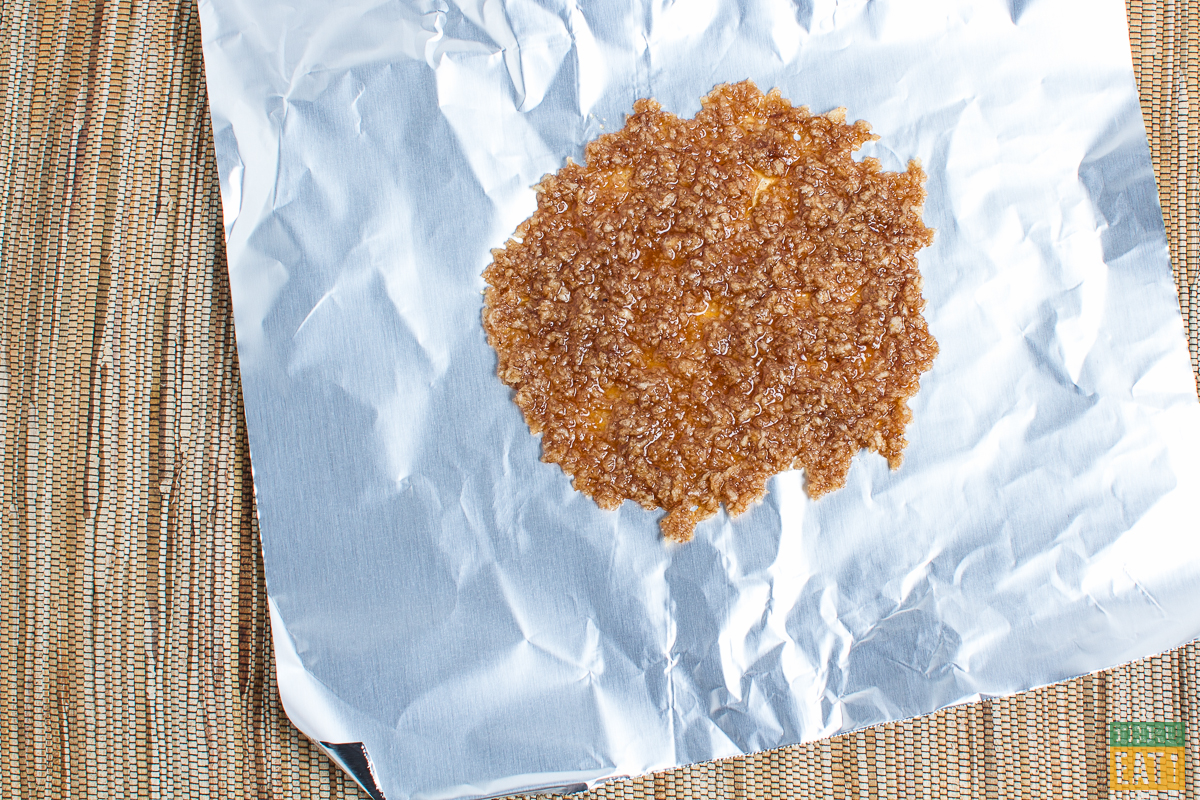 Also, while it may seem intuitive to leave out the sugar, because sugary things are harder to dehydrate, you should definitely include it. I tried various attempts with and without sugar, using both regular breadcrumbs and panko. The best result was panko with sugar. All other attempts ended up in a leathery texture that wasn't easy to turn into a powder.

Despite the size and amount, you'll want to leave it running in the dehydrator for at least 12 hours or more. After the first couple of hours, check to see if it's solid enough to peel off your parchment, non-stick foil, or dehydrator sheet. That'll help it dry quicker and more evenly. Depending on the humidity, you may not be able to get it completely brittle. The edges and thinner parts should be crumbly to the touch while some pieces remain semi-leathery, but not wet or overly sticky. 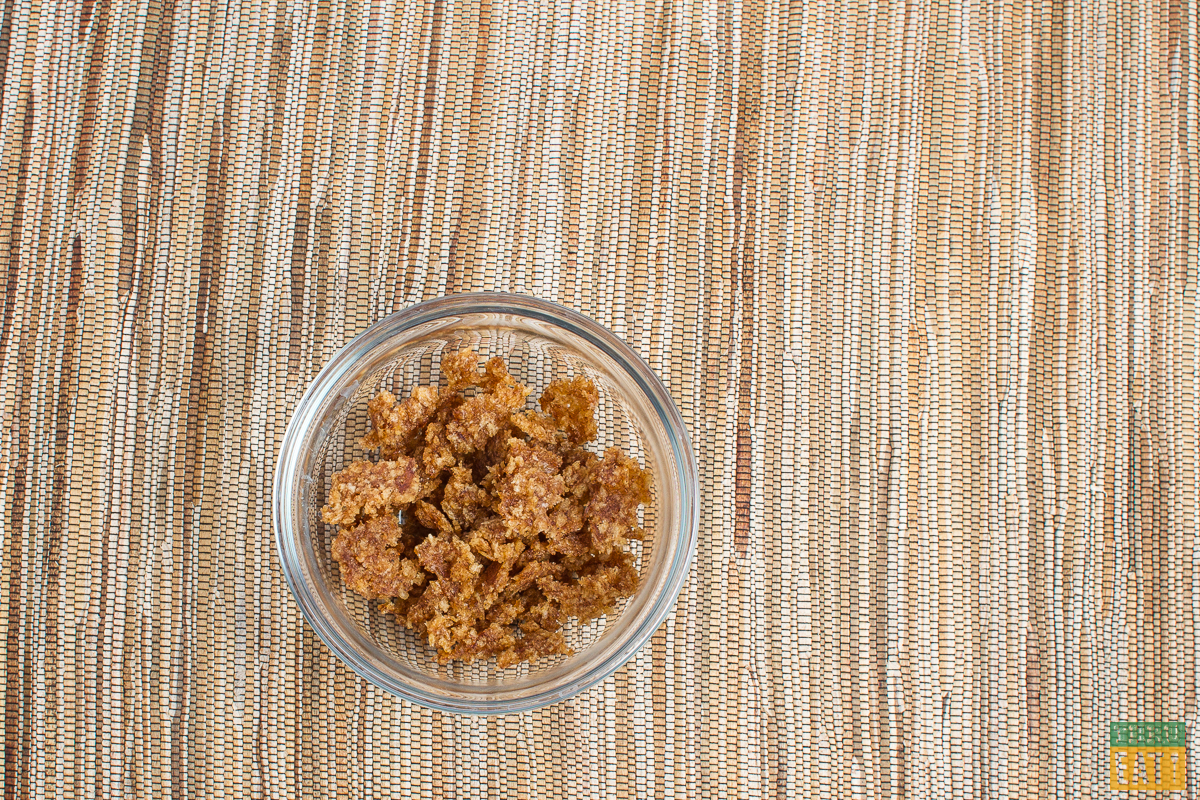 Once the sauce is dry, toss it in your food processor or blender. If it starts to gum up, then it's not dry enough so toss it back into the dehydrator. You should be able to achieve a mostly powdered form, with a lot of fine powdery bits and some larger chunks about the size of cupcake sprinkles.

Then add ⅛ tsp of True Lime to this powder and mix well. The dehydrating process subdues the rice vinegar taste significantly; adding True Lime brings back the acid and gives it the fresh light taste. 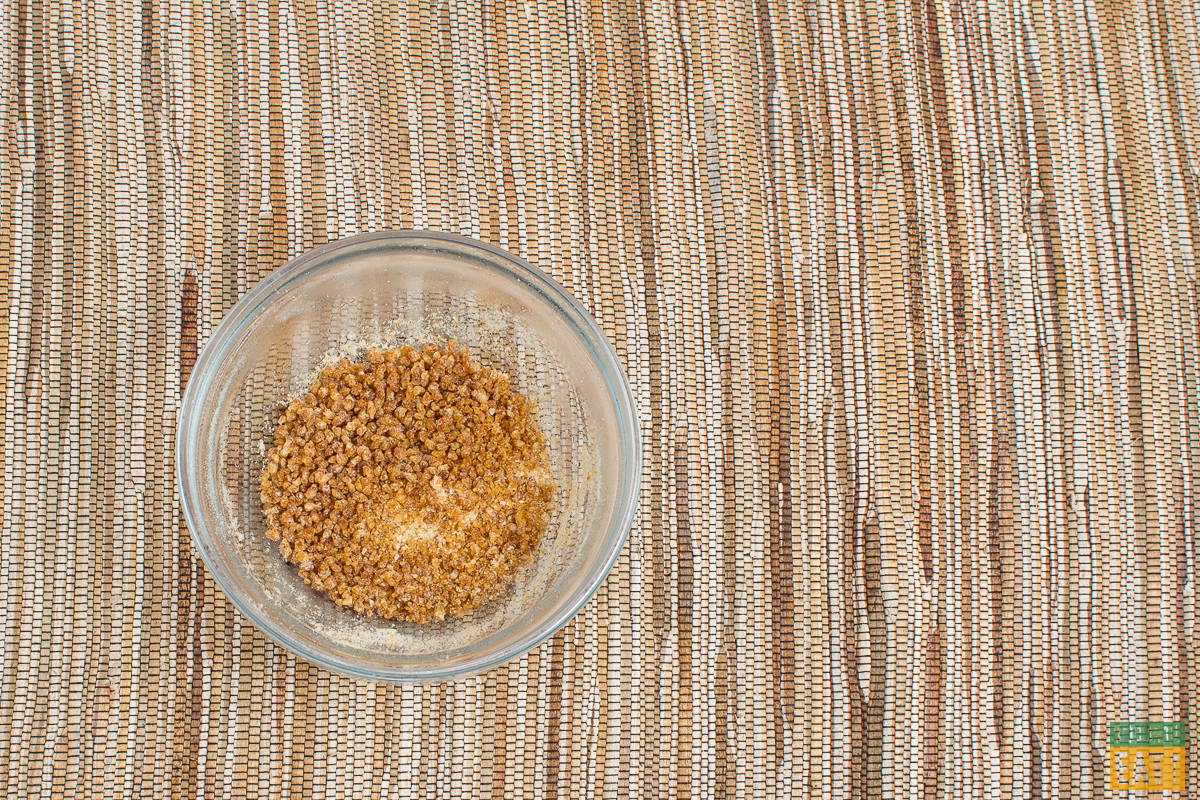 Congratulations, you've made the most important part of pad thai. Now onto the cooking of ingredients. 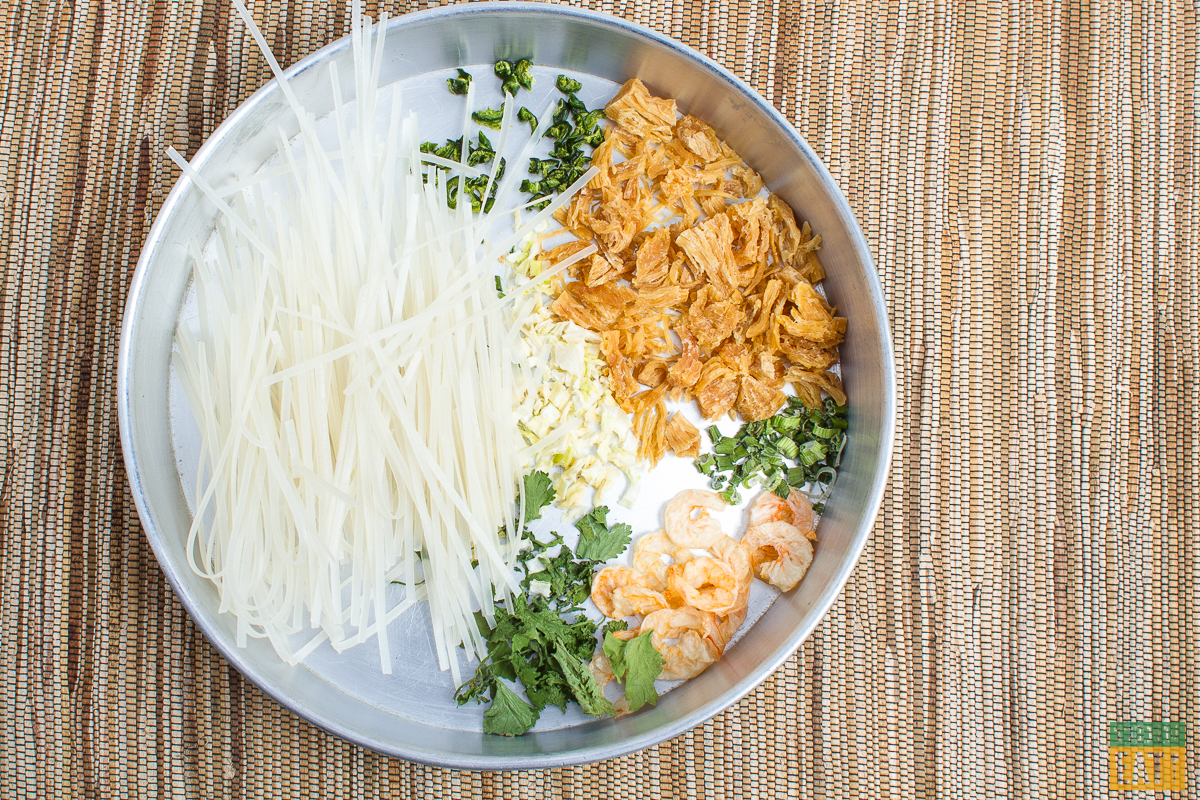 Rice noodles usually require a 60 minute soaking period, but who has an hour to spare while they're hungry? No one. So ignore the soaking instructions. Break the noodles down into smaller lengths so they can fit in your pot with the lid on. Combine with your other ingredients and add an inch or two of water. 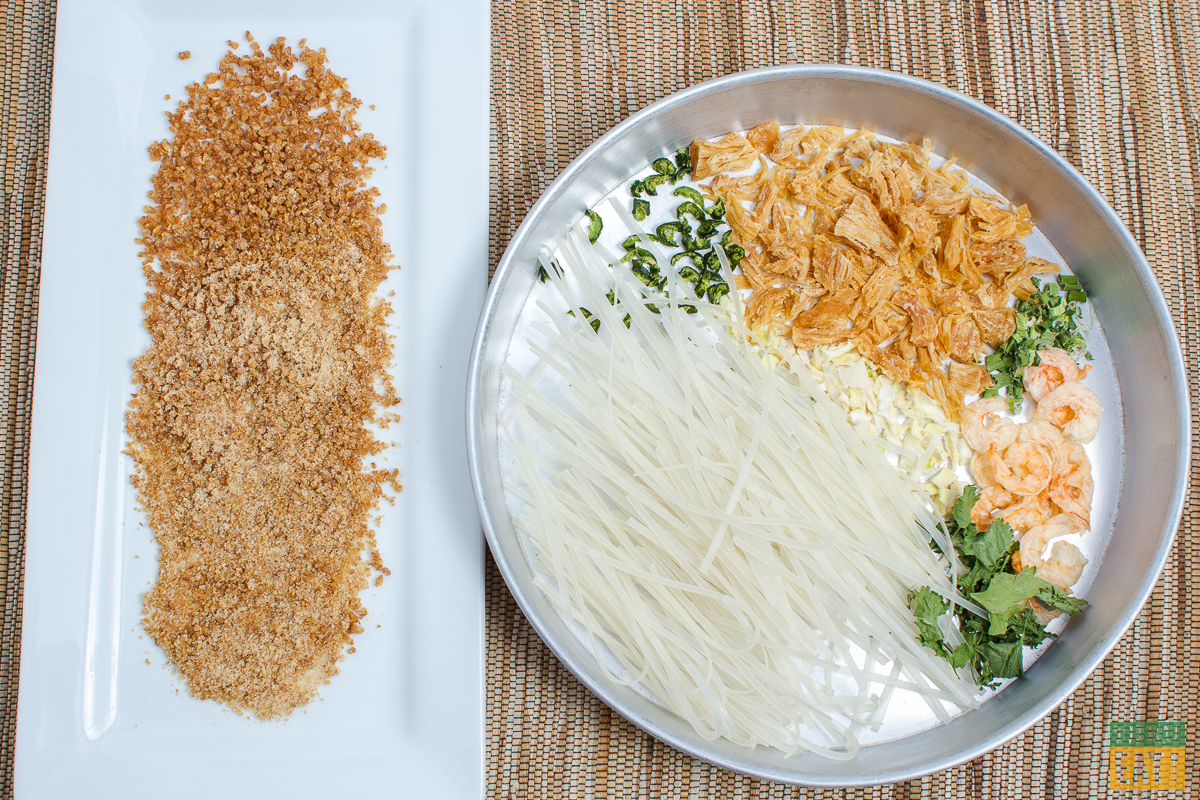 You don't want to completely submerge everything. Use just enough so the bottom of your pot doesn’t burn, and so steam will rise up and soften the noodles not directly in the water. 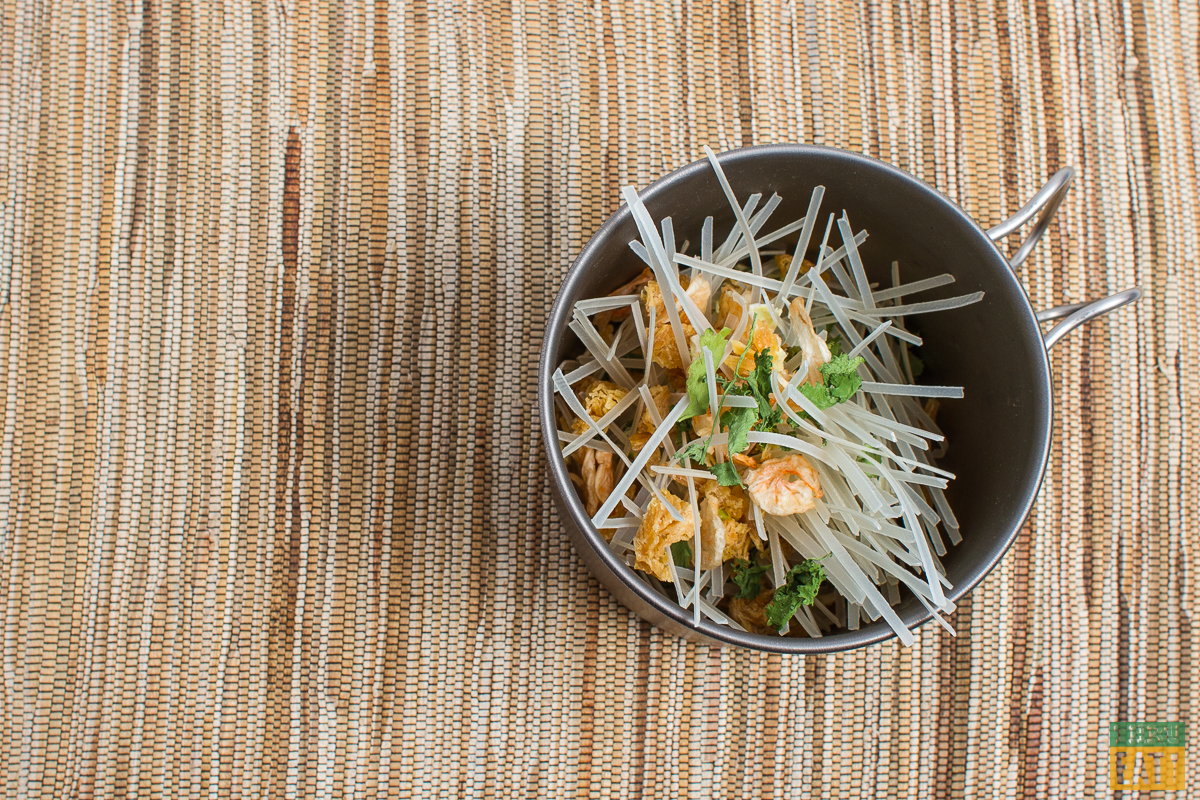 Cover and simmer until noodles are soft enough to be pushed further down into the water. Shove'r. 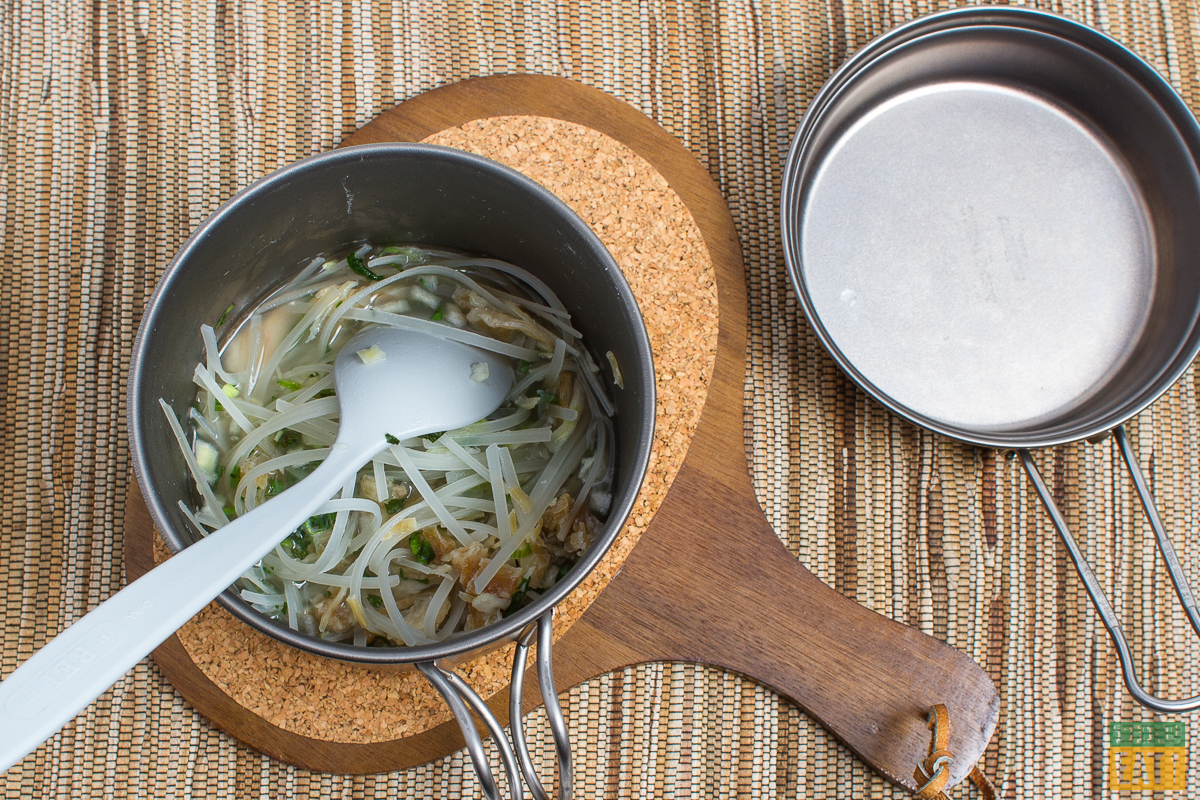 If you've shoved all the noodles and ingredients down, and it's not covered in water, add more water until it just barely covers everything. Remember, it's easier to add more water than it is to remove it. 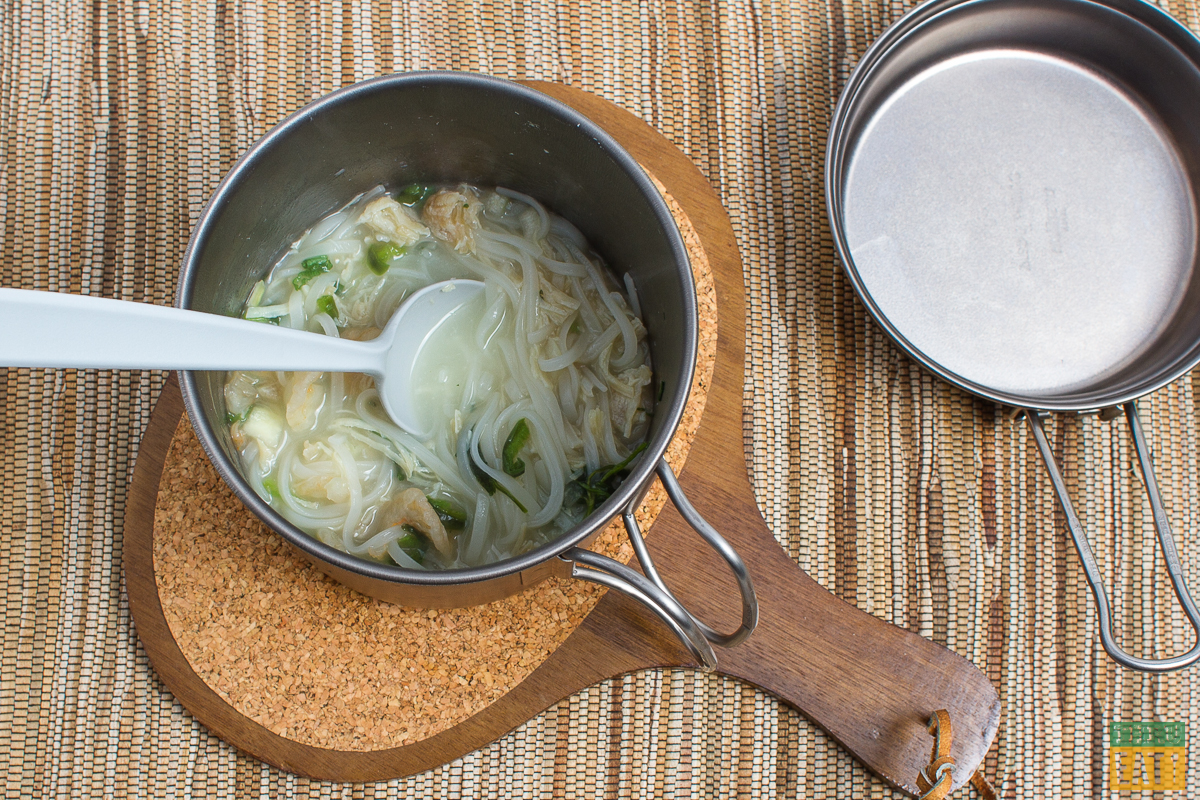 Now, we add our seasoning! The amount of seasoning to bring isn't really a science, some people might like it more salty or more bland. The recipe makes at least 1.5 to 2 servings of sauce, definitely don’t use it all in one pot. Toss some in, add some oil, stir, cover, and put your pot in a cozy or wrap it in a sweater to let the flavors meld and the ingredients fully rehydrate. 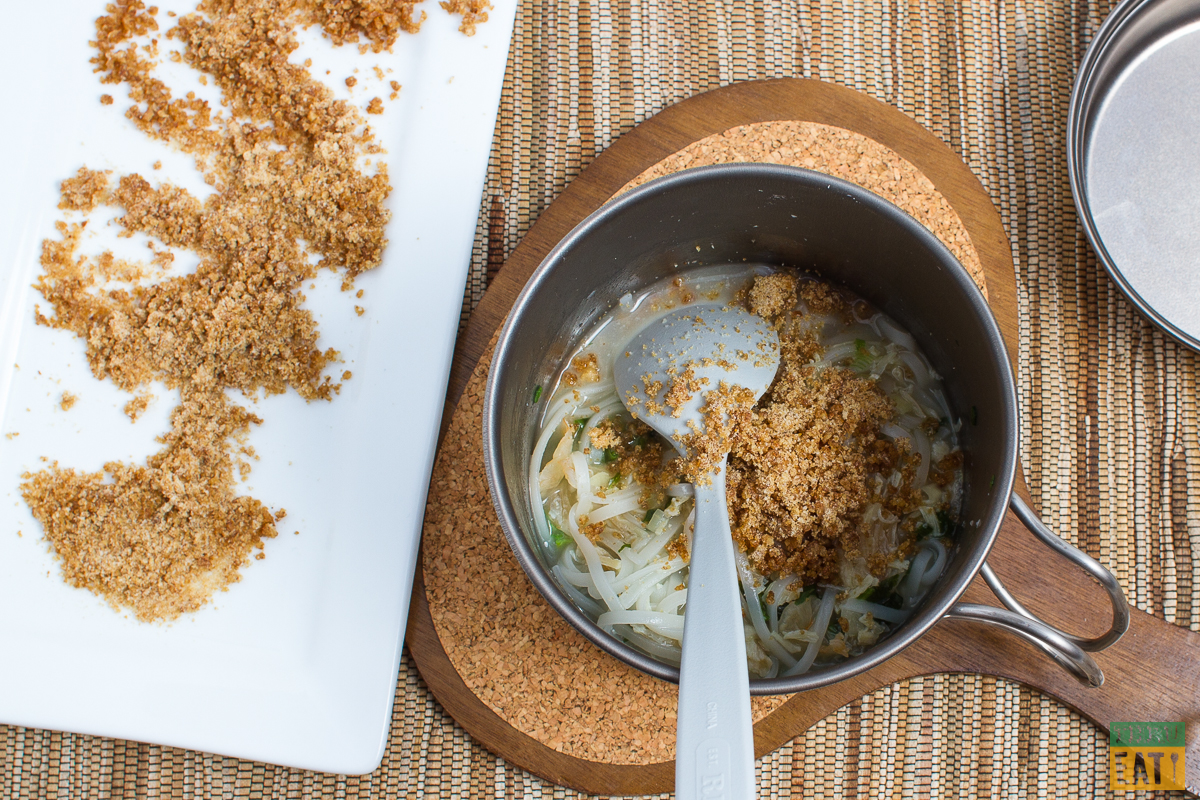 If you don’t have a cozy or sweater, just leave it covered, and occasionally place it back on the stove to bring it back up to temperature. Wait 5 to 10 minutes, most of the water will be absorbed and it will be thick and not at all runny. 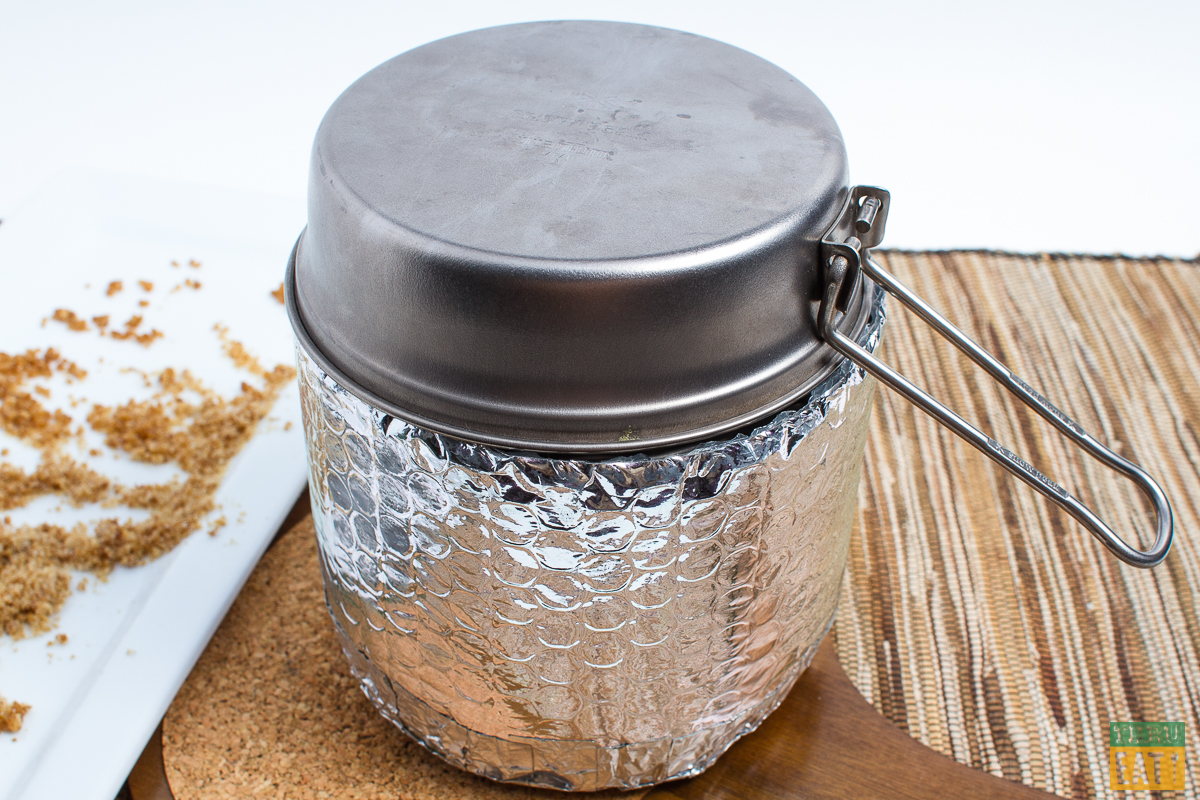 Before you dig in, top with crushed peanuts (pick them out of your trail mix!) The only thing I wish this recipe had is some bean sprouts and fresh cilantro, but beggars can't be choosers! And if you’re wondering about sourcing the ingredients, you should be able to find it in most major supermarkets and definitely at smaller Asian stores. 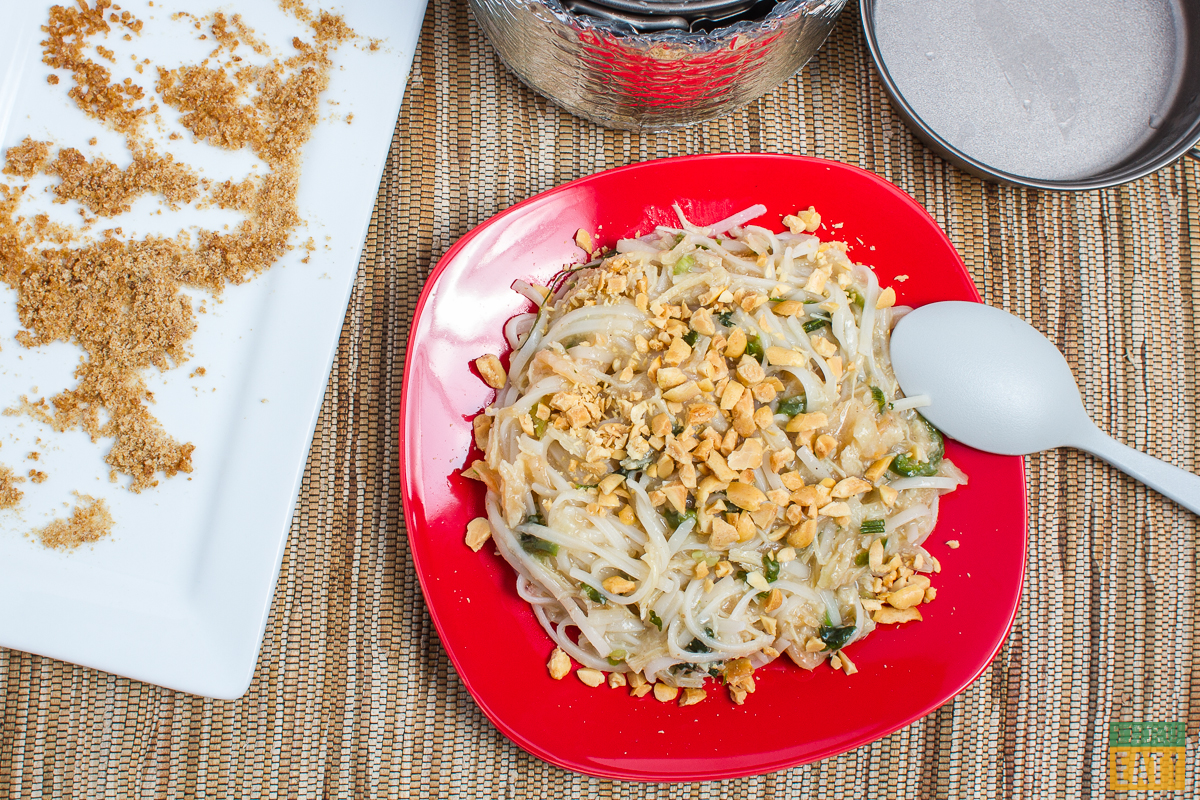 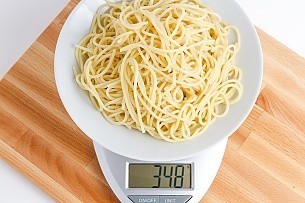 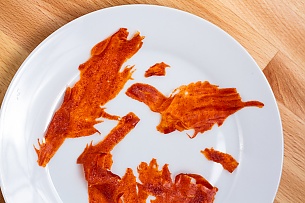 The Best Coffee for Backpacking